COLOR OF CHANGE (U.S) : Ten years after KATRINA, we will continue .

Ten years ago, it was the Gulf Coast. My eyes, like so many others, were fixated on the unfolding disaster following Hurricane Katrina--homes split in half by rushing water, trapped families struggling to flag down help from rooftops, people searching for loved ones swept away by the torrent. Thousands of Black people, with no transportation and nowhere else to go, were left behind to die. They were all betrayed by a political system that was supposed to be accountable to them as citizens. And the abandonment was only the beginning. Once the water finally receded, the dehumanizing political events to follow would solidify the sentiment that no one cared.

No one cared about the Black people left behind in New Orleans.

What happened during Katrina was a systemic failure of government, from the White House down to the mayor’s office. Understanding that pushing against the system would take more than just a few people, a month after the storm James Rucker and Van Jones sent the first ColorofChange email to 1,000 Black people across the country. In that first message, they asked the recipients to add their names to the cause. James and Van had a clear plan--they would create an organization with the power to join together thousands of Black voices, and use Internet and national media outlets to pressure politicians to respond. The first email was a call to action to Black people to make sure that even in the face of these failures, the poorest and most vulnerable among us would never be left behind again.

From the first 1,000 members, we have now grown to a membership of more than 1 million. As ColorofChange reflects on the time that has passed since the storm and thinks about how to amplify Black voices in the current political moment, we are reminded that Katrina was not an anomaly. Since September 2005, our members have joined us in fighting to disrupt the most important leverage points in the racially biased system that governs our country. Shortly after forming, ColorofChange members organized in support of the Jena 6. As our membership grew, we were able to partially de-fund the American Legislative Exchange Council (ALEC), which has become an incubator for discriminatory public policies. We’ve also targeted media giants, like Fox News, known for spewing toxic language that fuels hate. And when the Movement for Black Lives intensified after the murder of Mike Brown last year, your donations enabled us to give $70,000 to the Organization for Black Struggle to help it build an organizing infrastructure on the ground in Ferguson.

And we will continue.

Ten years ago today, it was the Gulf Coast. Now it’s Oakland and Sanford. It’s Ferguson and Staten Island. It’s Baltimore, Chicago and Waller County, Texas. And it’s still New Orleans. The fight to improve the lives of Black folks is happening everywhere.

P.S. ColorofChange is powered by the strength of our members. Will you commit to donating $10/month to help support us? 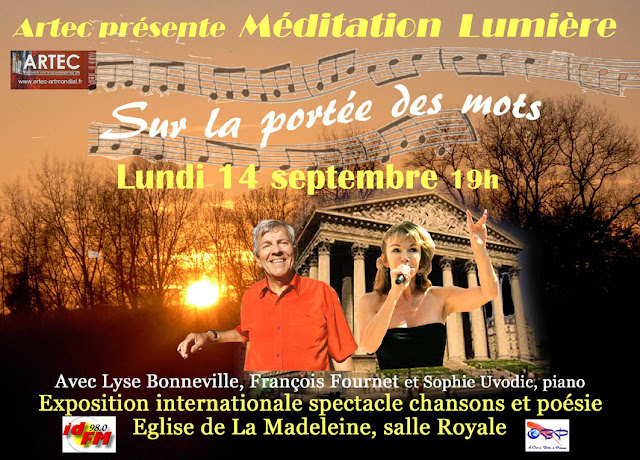 Twitter just released its second round of diversity data, and somehow the company has managed to get worse. Not a single Black person in leadership--is this the "diversity" interim CEO Jack Dorsey and VP of Diversity and Inclusion Janet Van Huysse are interested in?1
More than a year ago, Twitter made a promise to step up its diversity efforts.2 After revealing that the company’s workforce was just two percent Black, the leadership at Twitter vowed to make sure its recruiting, hiring and promotion practices reflected the diverse user base that the company has.
Keeping this promise shouldn’t be merely an option for Twitter. Forty percent of Black people between the ages of 18 and 29 use the site, compared to only 28 percent of white adults.3 Twitter cannot remain culturally relevant without hiring more Black men and women to influence its service. And that begins with actively searching for talent to fill open positions.
Tell Twitter: We want more than just a disclosure of corporate diversity numbers. We want to see changes made to the corporation’s hiring policies and practices. With hundreds of open positions, Twitter has a real opportunity to hire more Black men and women, but that will only happen if hiring managers are required to assemble diverse applicant pools that include people from underrepresented backgrounds before making a hire.

The latest diversity report from Twitter is just more empty promises on the importance of hiring Black people. @Jack and @Janet, when will we see a change?

This isn’t about quotas; Twitter has an impact on its Black users. It can be positive, as evidenced by its role in on-the-ground communication during critical moments over the past year. But it also has the potential to negatively impact Black communities. Information shared on Twitter by Black users can be misused to discriminate or surveil individuals who organize in Black communities or use pro-Black speech.4 The weight of these examples show how important it is for a company that produces a service like Twitter to have Black input at every level of decision-making.
A year after its initial release of diversity numbers that showed close to no Black employment within the ranks at Twitter, it’s time for the company to get specific about its recruitment and hiring policies with respect to diversity. Before it can even begin to implement a hiring process that will diversify its company, Twitter has to make a commitment to finding talented Black men and women who could fill those positions. Blaming the pipeline won’t work here; colleges and universities are turning out Black engineering and computer science graduates at twice the rate that Silicon Valley will hire them.5 This means that there is already a wealth of Black engineers that Twitter can tap to fill open positions.

Twitter needs a diverse hiring pool of candidates. Tell it to recruit more women and men of color.

Twitter needs a more aggressive recruitment strategy and, most importantly, to include mandatory percentages of Black applicants in any hiring pool that it draws talent from. In its San Francisco headquarters alone, Twitter has more than 200 current job openings. The only way to make sure that the majority of those positions aren’t filled with the same mostly white, mostly male candidates that the company favors is to hold Twitter’s leadership accountable for committing to finding a diverse pool of applicants.
The only way for Twitter to move past diversity talk and into action is if we collectively tell it that a year is enough.

Will you join us in demanding more concrete action from Twitter?

Arisha, Rashad, Brandi, Brittaney and the rest of the ColorOfChange team.

Help support our work. ColorOfChange.org is powered by YOU—your energy and dollars. We take no money from lobbyists or large corporations that don't share our values, and our tiny staff ensures your contributions go a long way.

U.S : 2 messages from COLOR OF CHANGE.

Dear friend,
We have great news! ColorofChange has been selected as one of three nonprofit groups that will receive funding from CREDO in August 2015. In order to earn the most funding, we need the support from ColorOfChange members like YOU.
CREDO is a progressive activist network and a provider of mobile and long distance phone services, as well as the CREDO credit card. They donate a portion of their revenue to a wide range of nonprofit groups. Last year, they donated more than $2 million and, since 1985, CREDO has donated more than $78 million.
This month, anyone is invited to vote for the groups they think should receive funding. This is where you come in. The more votes we receive, the greater our share of funding. ColorOfChange does not take money from big corporations and funders that don't share our values, so this support from CREDO will go a long way to helping us raise our voices and make a real impact with our work.

Voting is easy and free! Just go to www.credodonations.com. Please be sure to vote by Monday, August 31st.

Thank you for your continued support and engagement.

Rashad and the rest of the ColorofChange team.


While you were streaming Orange is the New Black, Netflix was running ads on a site that incubates hate ! 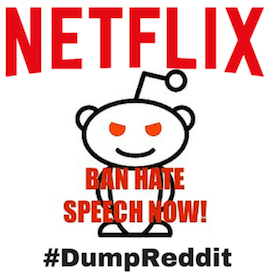 Can you chip in $5 to alert Netflix subscribers that the streaming service is fueling hatred ?

Dear Friend,
The website Reddit still has several forums explicitly dedicated to anti-Black hate speech.Over 49,000 people have joined ColorOfChange member Casey Stevens' campaign to demand that Netflix #DumpReddit by pulling its ads until Reddit adopts explicit policies against hate speech. But Netflix is still advertising on Reddit — we need to let subscribers know that their favorite streaming movie service is funding hate speech!
It's time to ratchet up the pressure on Netflix on Netflix by sending digital ads served to its subscribers. Netflix's customers have a right to know where it stands on the issue of anti-black hate speech.
We can make sure that the next time subscribers search for a new episode of Orange is the New Black, they know their monthly fee is funding hate speech. But we need your help. It costs $2,000 per day to keep these ads running. So to keep the ads running for the next two weeks we need to raise $28,000. Will you contribute?
Subscribers need to tell Netflix that they won't tolerate its funding of hate speech. Can you contribute $15 now to help us let subscribers know what Netflix is doing with their money? If you've saved your payment information with ActBlue Express, your donation will go through immediately:

Hate speech on Reddit has real world consequences. White supremacist groups are using Reddit as a recruitment ground — this puts Black lives in real danger! As one of the premier companies advertising on Reddit, Netflix's actions set the tone for other advertisers. If it removes its ads other companies will likely follow suit, putting financial strain on Reddit to make changes.
Sending out digital ads targeting Netflix subscribers and asking them to tell Netflix to #DumpReddit or they will dump their subscription willforce Netflix to make a decision about what it values more — its customers or being a premier advertiser on Reddit. Many of Netflix's customers are likely unware of how it is spending its money. We are confident that once they find out the truth they will join the 49,000 people who are demanding that they take a stand against hate. Your contribution can help us have an impact that will shake up the internet industry!
Will you donate $15 right now to make sure Netflix subscribers know they're funding hate speech? If you've saved your payment information with ActBlue Express, your donation will go through immediately:

ColorOfChange is building a movement to elevate the voices of Black folks and our allies, and win real social and political change. Help keep our movement strong.