U.S : It’s time for corporations to cut off hate.

Milo Yiannopoulos encouraged vigilantes to kill journalists just hours before the shooting and double downed on that sentiment after the shooting. 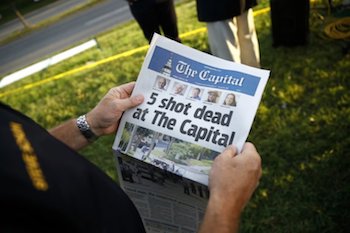 Help stop people like Milo from enabling violence and hostility toward journalists and Black people.

Yesterday’s mass shooting in Annapolis was the deadliest day for US journalists since 9/11. It underscores the dangers members of the media face in this climate where the president and other high profile influencers refer to them as “enemies” and “vermin.” Regardless of the motivation of this particular shooter, Milo Yiannopoulos encouraged vigilantes to kill journalists just before the shooting and doubled down on that sentiment after the shooting.1 2

This is unacceptable and dangerous. We’re already working to get Milo removed from Facebook and Instagram to further limit the reach of his hateful rhetoric, but there are still so many more platforms that Milo is exploiting and we need your help getting him off of them. From Amazon and Barnes & Noble letting him sell his hate filled book to YouTube allowing him to spread his message - we need more resources to push corporations to cut off Milo.

We cannot allow people like Milo to use online platforms to spread and monetize hateful and violent messages.

Help us fight hate. Chip-in $3 to support our efforts to cut hate leaders and hate groups off from the Internet.

Milo’s actions, both on and offline, have fed an environment that encourages violence against the press and people of color. Milo actively rallies his followers to do actual harm to actual people. He harassed and outed a trans student by name during a talk at the University of Wisconsin-Milwaukee.3He led the charge for the sexual and racial harassment of actress Leslie Jones.4 He gave Gamergate mainstream legitimacy and a platform that greatly elevated the harassment of female reporters in the industry.5 Recently, he sent a coded neo-nazi message that means “Heil Hitler” to a Jewish fact checker at the New Yorker.6

At issue here is not freedom of speech but the freedom to treat other people, particularly vulnerable ones, badly; the freedom to whip up racist, misogynistic, anti-Trans and xenophobic fears without facing any consequence; the freedom to embolden forces that represent a tangible danger to people. We need to keep organizing to shutdown hate.

Chip-in $3 to fund the fight to shutdown hate leaders.

In the last 18 months we’ve made major strides in cutting off people like Milo as well as other hate leaders and hate groups from being able to use the Internet to grow their hateful movement. We’ve cut dozens of hate groups and white supremacist leaders off from platforms like PayPal and Eventbrite, got Milo Yiannopoulos’ big book deal with Simon & Schuster cancelled, and have chipped away at the presence of hate groups on social media. But there are still so many platforms for people like Milo to fundraise off their hate and spread their message - we need to continue to do the hard work needed to cut them off from their platforms.

Increasing our capacity allows us to be ready for these moments. And we know more off these moments will come. Hate leaders are already deep into organizing another “Unite the Right” event where leaked conversations show they plan to engage in violence again.7

It’s time for corporations to cut off hate. Chip-in $3 to fund our fight to get companies like Facebook and Amazon to shutdown hate.

U.S : What can we do to help immigrant families ?

Babies torn from their parents. Families thrown in cages. “Zero-tolerance”.

This has been a devastating week for immigrant families nationwide, and it can be overwhelming-- even for us-- to keep up with everything that’s happening. We want to help you rise above the noise of the daily news and give you concrete actions at your fingertips that you can take to support immigrant families in this crisis. Text the word FAMILIES to the number 225568 and we’ll send you organized, concise updates on actions you can take right to your phone on a weekly basis. 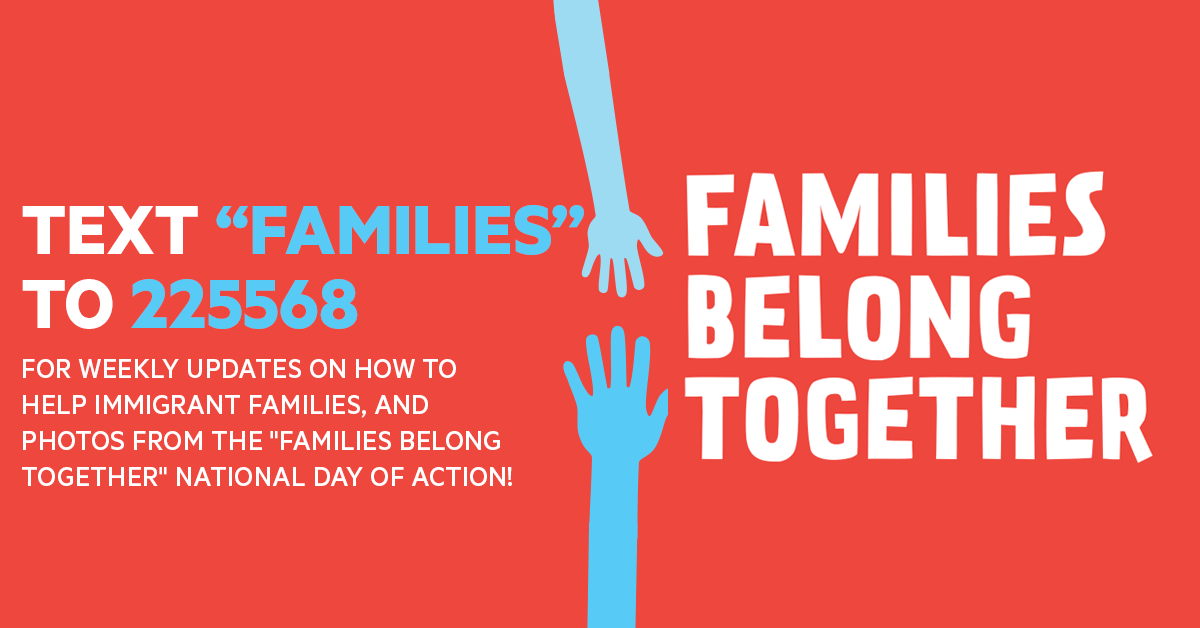 If you want to take action this weekend, join the “Families Belong Together” National Day of Action this Saturday, June 30th, which we’re joining MoveOn, ACLU, National Domestic Workers Alliance, and many other groups. You can find an action near you here:

Trump has targeted Black and Brown people since before he was elected-- but mobilizations of the people have shut him down over and over, from the “No Muslim Ban” airport protests to the outcry that forced him to sign an executive order ending family separation last week.1,2 From Latin America to the Caribbean to the countries barred by the Muslim Ban, this Day of Action is our opportunity to show Black and Brown immigrants everywhere that we see their humanity and they do not stand alone.

If you can’t make it, text the word FAMILIES to the number 225568 and we’ll send you live photos from the action, and keep you updated on future things you can do to stand with Black and Brown people. By texting in, you can make sure you don’t get lost in the flood of daily news, and know exactly what actions to take to help protect children, parents and everyone else being targeted by Trump and his administration.

Thank you for standing up for what’s right. It’s people like you that history will record as the heroes, for spreading love in this time of hate.

U.S : GREYHOUND is aiding in the separation of families and fueling the detention-to-deportation pipeline. 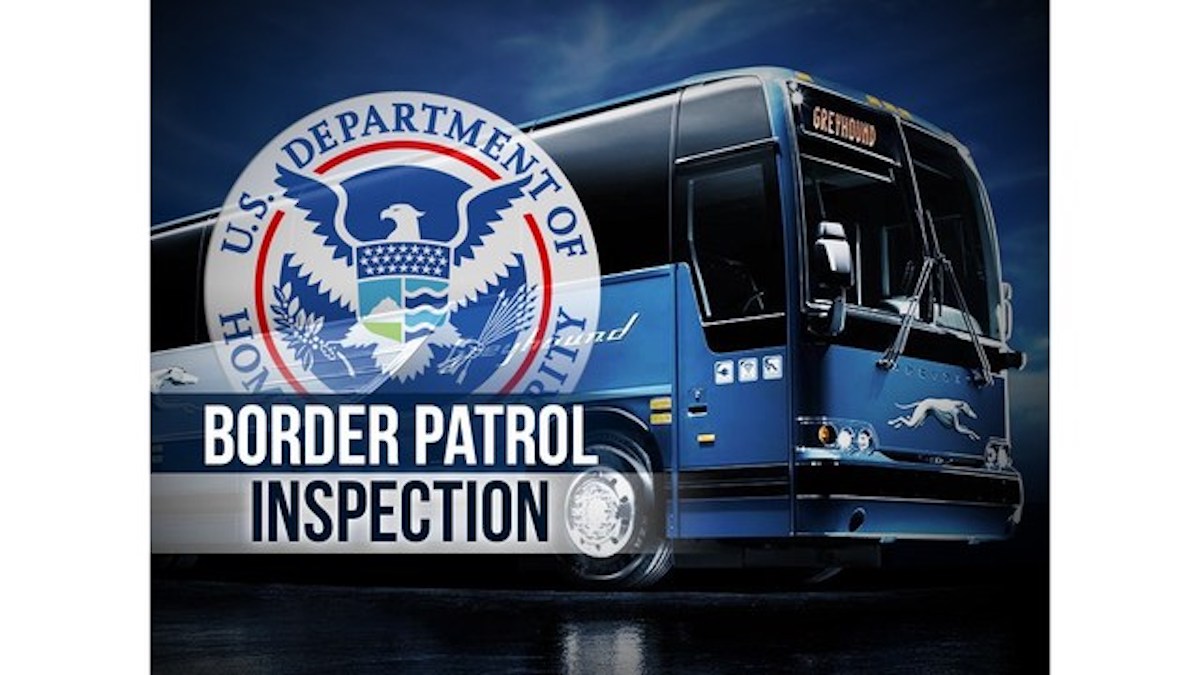 Call Greyhound and demand they stop allowing Border Patrol to conduct warrantless searches on their buses !

Greyhound is voluntarily allowing Border Patrol agents to board their buses so that they can racially profile passengers. In doing so, Greyhound is willfully exposing passengers to harassment and state sanctioned violence.

Greyhound is allowing U.S. Customs and Border Patrol agents to conduct warrantless searches on their buses in order to check passengers immigration status, a tactic that is all too reminiscent of when we were required to carry “freedom papers” on our person at all times to move freely in public. With Trump ramping-up his anti-immigration policies and encouraging ICE to racially profile people, the consequences of these searches are becoming more and more dire. It is resulting in Black and Latin people being unnecessarily detained for days as well as fueling Trump’s detention-to-deportation pipeline that is tearing families apart. Greyhound has the legal right and the responsibility to stop ICE agents from boarding their buses.

Greyhound has a legal right to deny Border Patrol agents from boarding their buses but are doing everything they can to say this is simply out of their hands. Greyhound has gone on the record and said, “...we are required to comply with the law by allowing Border Patrol agents to board our buses when they ask to do so…”,1 but this isn’t accurate. 10 state chapters of the American Civil Liberties Union as well as 23 members of Congress informed Greyhound earlier this year that they are not required to comply with Border Patrol and they have a 4th amendment right to deny warrantless searches like these on their buses.2 As Rep. Joaquin Castro of Texas, who led the Congressional letter, stated :

“...by granting consent to CBP agents to board buses to inquire about immigration status, Greyhound exposes its passengers to frequent violations of their constitutional rights to be free from warrantless searches and seizures, racial profiling, and harassment.”3

Greyhound needs to immediately change their policies and use their right to protect the people on their buses.

Border Patrol is disproportionately targeting Black and Latin passengers on Greyhound buses for immigration checks and detainment. Just last week it was announced that a Latino man in Washington state filed a $75,000 claim against Border Patrol after he was racially profiled, illegally detained and threatened with deportation while traveling on a Greyhound bus.4Earlier this year, Border Patrol agents detained a DACA recipient on a Greyhound bus and lied to him, telling him his DACA status was expired because “Trump took that away”.5 The actions of Border Patrol create a toxic and dangerous environment for Greyhound customers and by ignoring legal advice and allowing them to continue to carry out immigration raids, Greyhound is forcing their passengers into a detention-to-deportation pipeline.

By allowing Border Patrol to conduct immigration raids on their buses, Greyhound is facilitating in the violation of their passengers constitutional rights. Greyhound needs to kick Border Patrol off the bus NOW